This was a stormy Mother's Day 2015 for many in Texas. Storms exploded west of I-35 in Central Texas early in the afternoon. By 4 pm I finally made the decision to head out the door and chase. It had been nearly two years since I had last done so. Life has a way of keeping you away from the things that you enjoy, sometimes. But here I was, on the highway and calling mom and grandma to wish them a happy Mother's Day and heading west. My plan was to intercept a tornado warned storm moving towards Hillsboro, Texas, and that's exactly what I did. The photo below is what I encountered just east of Hillsboro on TX-22 highway. 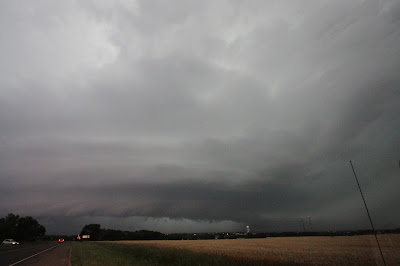 I was chasing alone and did not want to encounter any hail, so I stayed east and south of the storm that was moving east. As the storm approached, I had to move. I'm used to chasing in Iowa and we normally have road options every mile or so in a square grid pattern. In those areas it is much easier to navigate. This is definitely not the case in Texas. There's not a straight road anywhere. As such, I was trying to navigate, watch radar, and watch the storm all the time which is also why I had to keep my distance even more. I went south. 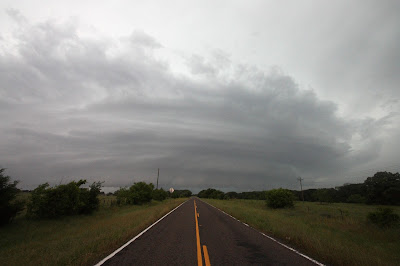 The circulation was moving more to the northeast at this time, so I decided to head back north a ways. It was a challenge to find good views among the hills and trees. After moving between a few different spots, I found this nice view as the circulation was really wrapping up nicely. I took the photo below I believe about the same time that a tornado was reported in that rain-wrapped mess. 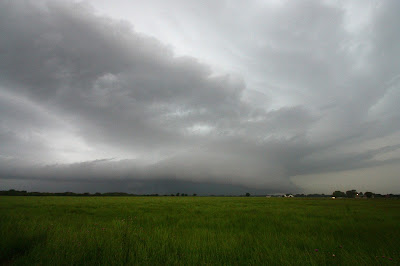 I was snapping pictures at this location and got lucky with a daylight bolt of lightning. 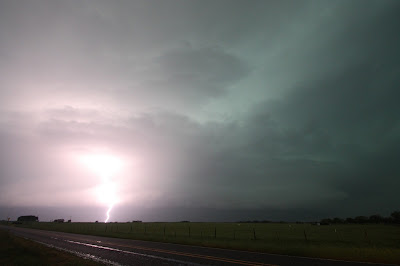 I tried to follow the circulation but road options were a mess and it was getting dark. I called it a chase and headed east hoping that I'd find some spots to shoot some lightning photos. The storms didn't cooperate very well. Other storms were firing out ahead of the main line which caused too many clouds for good lightning pictures. Some even went tornadic, including the storm that produced and EF-3 tornado that hit Van, TX. I made it home and took a few lightning pictures in my backyard after the storms rolled through my area. 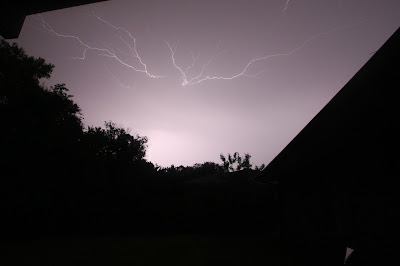 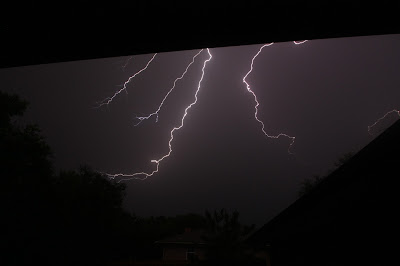 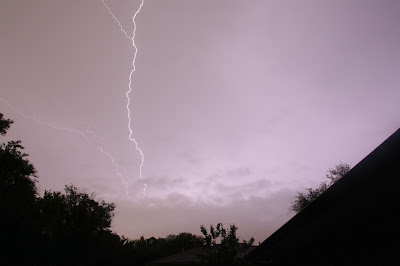 It felt good to get out and chase a beautiful storm, although my mood was dampened after hearing about the devastation in Van, TX.
Posted by cstrunk at 9:25 PM