I intercepted a beautiful supercell just west of Sherman, TX. This storm produced several awesome wall clouds. There were a couple reports of brief tornado touchdowns, but I did not witness any. I didn't always have the best vantage point and I stayed back for some fantastic storm structure photography. 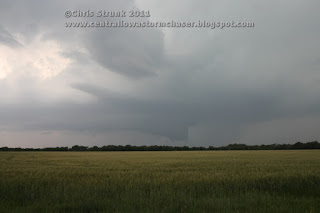 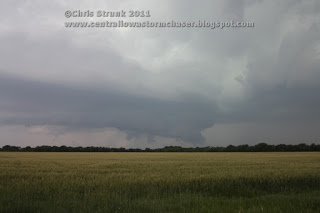 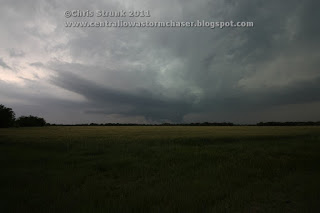 In these next two images, the wall cloud becomes really well defined and starts to crank up. Too bad for those trees in the way which blocked any view of the ground, but it did not look like any tornadoes touched down from these views. It was close! I just don't think we had enough low level inflow into the storm to get the job done. 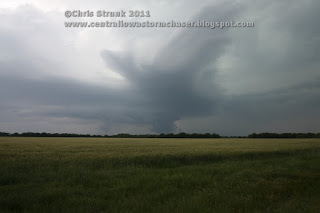 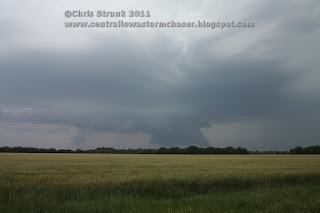 I moved to different location to get a closer view. The wall cloud was becoming less defined now, although it did put out some weak funnels which didn't amount to much. This storm was starting to get overrun by convection from the west and began to look more linear. I could feel cool outflow eventually before I left. 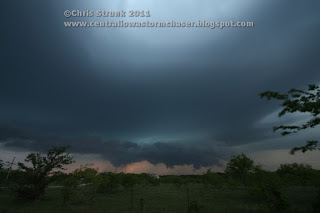 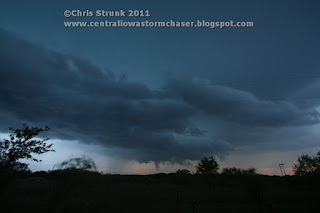 On the way back home I stopped and took a few decent lightning pictures. A nice end to a good chase! 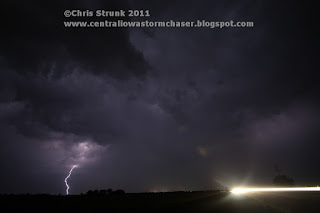 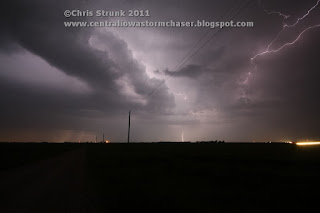 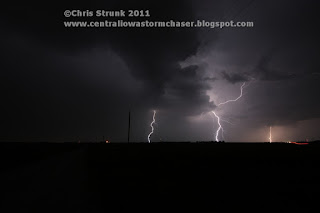 Happy Easter everyone!
Posted by cstrunk at 3:38 AM