Well, if you were in Iowa this winter, you know it was one of the snowiest we've ever had in the state. It is definitely the worst that I can remember (granted, I'm not THAT old just yet :-P).

The first blizzard came a week into December for the Ames area. The storm dumped around 13" of snow and 40+ MPH winds. Here's my poor truck braving the cold... 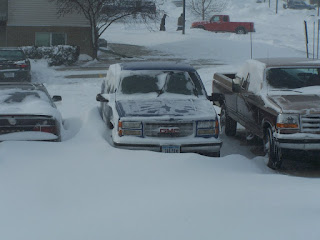 The next storm was the Christmas Eve/Day Blizzard which I endured back home in southwest Iowa. Our town reported 15.5" of snow. We ended up with a lot of big drifts, after having only been hit with the prior storm a couple weeks prior. This storm snowed us in for 2 days before our neighbor came to dig us out! 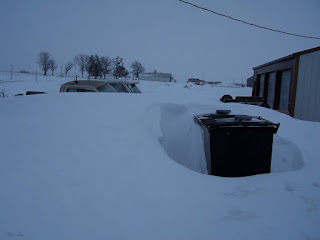 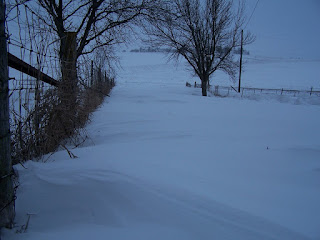 On the way back to Ames a few days later, I stopped at a rest stop about 30-40 miles west of Des Moines. Instead of a huge blizzard, they had one nasty ice storm there. 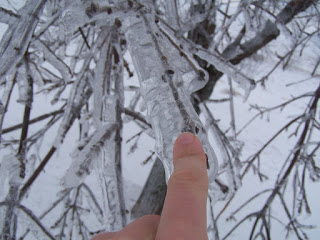 I got tired of taking pictures of snow, so I don't really have very many others. It was a brutal winter! I ended up being in 3 blizzards and many other winter storms as well. The worst part of the winter was the below average temperatures. In a normal winter, the temperatures will rise above freezing every once in a while, melting away at least some of the snow throughout the season. This winter, we did not rise above freezing after the first Blizzard in December, allowing each storm to pile on top of the previous one. We spent much of this winter with 15-20"+ of snow on the ground!

I am glad that we have finally risen above freezing and have experienced plain rain for the past few days. I am ready for spring and severe weather season!! I would not be surprised, though, to see at least one more blast from "Old Man Winter" before winter is officially over. We'll see!
Posted by cstrunk at 5:20 PM