This was the 3rd summer in a row that I had partaken in summer custom wheat harvest for my uncle who was the boss of Strunk Harvesting, Inc. I had a lot of fun every summer and have some great stories from each summer. There was a lot of hard work involved, but there seemed to always be time for fun as well.

During the summer of 2007 I traveled from north Texas to North Dakota, while stopping in Oklahoama, Kansas, Colorado, and South Dakota in between. In Texas I saw some mean storms, such as this one from a distance: 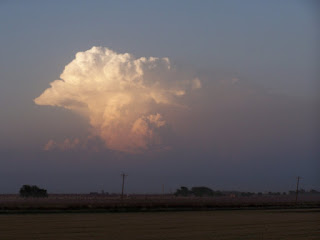 When I made it to Colorado, I witnessed several powerful supercells. The first one produced large hail just east of where we were cutting wheat on July 11, 2007. It managed to rain us out for half of a day. Here is a picture of it east of our location: 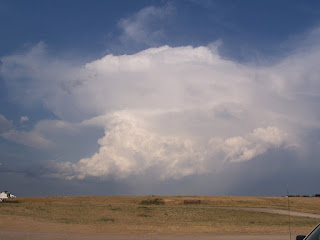 The next day, more supercells built up and moved to the location where we were harvesting wheat. We would always cut as much as possible until we were rained out, and while we were finishing up as the thunderstorm engulfed us, we saw this to our southwest as rain and hail began to fall on July 12, 2007l: 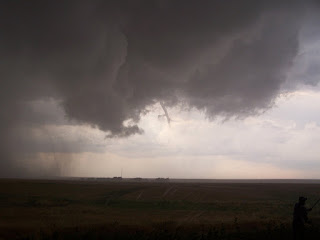 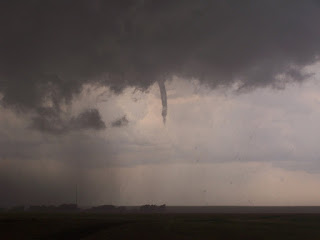 It never did make it all the way to the ground, but it sure provided some excitement for the crew that day. It's something I'll never forget.
Posted by cstrunk at 2:13 AM