This was another chase that started from my parent's house while I was at home. I was following severe weather moving into northwest Missouri which had been garnering tornado warnings along the way.

I called up a friend and we decided that we would blast south and try to beat the storm headed northeast. As we drove 10 miles to the south, we quickly realized that the storm was gaining speed and we would not be able to get around it in time. So we tried going east to get out ahead of it. We managed to make up some ground and again tried to blast south. We watched a massive shelf cloud overtake us and we were soon enveloped in heavy rain and gusty winds.

We waited out the rain before heading a little west. We were awestruck by the scene of the sunset... everything was glowing orange and red! Here are a couple of pictures of the sunset: 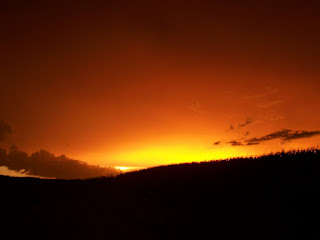 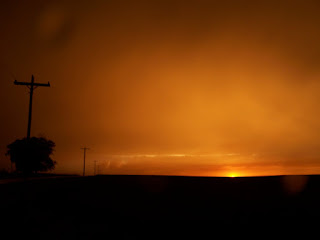 The storm was highly electrified, so we waited until dark and tried some lightning photography. These are some of my first lightning pictures. The first one is an anvil crawler with a utility truck that happened to drive by while I was in the middle of taking the picture. I think it added a cool effect: 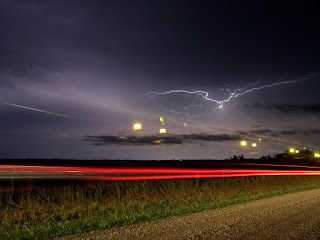 Here is another decent anvil crawler: 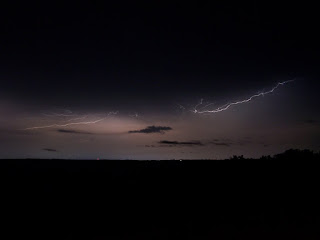 This was a fun, local chase that ended up yielding some nice pictures. I later learned that the storm produced a short-lived tornado to our southwest as we were trying to get around it.
Posted by cstrunk at 7:20 PM